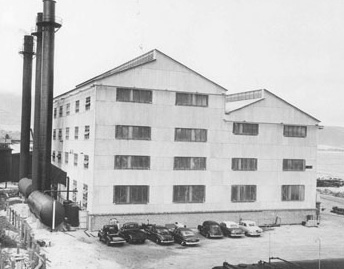 After the war, the population in Hawaii soared and so did electricity demand. The price for sugar tripled. As the plantations expanded, they absorbed most of the power generated by their own operations. It was no longer convenient for plantations to provide all of the generation for Maui Electric's utility customers. In addition, HC&S no longer wanted to distribute electricity. So, Maui Electric took over the task of providing electric service to the various plantation camps and villages owned by HC&S and began to construct its first power plant.

Kahului Unit 1, a 6000-kw oil-fired steam turbine generator, was commissioned in 1948. A second 6000-kw steam unit was added a year later. Delivery of power to the scattered communities was made more reliable with the construction of a new 23-kv transmission line connecting all of Maui Electric's service territories.

In 1955, at the 10,000-foot summit of Haleakala, the significance of the volcano's pristine environment was recognized by the scientific community. A radio frequency astronomical observatory and the University of Hawaii solar observatory were constructed. Television stations erected repeater stations. The FAA and other government agencies built facilities at the top of the mountain. Maui Electric extended a long radial 23-kv transmission feeder up the mountain, and established a substation near the summit.

In 1957, Maui Electric built a 69-kv transmission line stretching from Kahului to Lahaina along the ridge line above Ukumehame Gulch in the rugged West Maui Mountains. Since the 1960s, as much as a third of Maui Electric's annual sales were generated by West Maui.