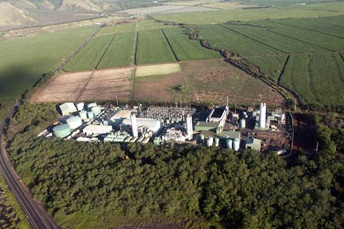 In 1971, the Maalaea Power Plant was built. It is the first energy-efficient combined cycle unit in the Hawaiian Electric family of companies.

In 1985, a new system, the Supervisory Control and Data Acquisition (SCADA) system, to monitor and control the distribution of power on Maui came into operation at mid-year and increased the reliability of service to customers.

Maui Electric contracted with the CH2M Hill consulting firm to digitize its transmission and distribution maps. Through the joint efforts of its Engineering Department and Hawaiian Electric's Mapping Supervisor, Maui Electric was able to make the transition to automated mapping, giving it a flexible and efficient information system capable of supporting the design, operations and management of Maui Electric's transmission and distribution system.