In approving the plan, the PUC noted it "reflect(s) the efforts of both the Hawaiian Electric Companies and Hawaiian Telcom to provide a more efficient and effective administration of the pole infrastructure...which includes the removal of double poles and implementation of current and future technologies such as 4G, LTE, and 5G networks, all of which will benefit the State of Hawaii."

The transfer is intended to reduce operating and maintenance expenses over time while creating efficient and safe practices for companies seeking to place new devices on poles. Other benefits include:

"In the nearly 100 years since the first joint pole agreement, our businesses and maintenance practices have changed dramatically," said Alan Oshima, Hawaiian Electric president and CEO. "This new arrangement will help both companies as well as other stakeholders move safely and quickly in using the poles to deploy new equipment to provide services that will improve the lives of our customers."

"This modern agreement is a win for our companies and our state by streamlining the pole repair and management process and maximizing efficiency," said John Komeiji, Hawaiian Telcom president and general manager. "With this change, Hawaiian Telcom joins many other communications providers that lease space on poles, enabling us to channel more of our resources toward investment in fiber and expansion of next generation services statewide."

Under the approved arrangement, Hawaiian Telcom transfers ownership interest in the jointly owned poles to the Hawaiian Electric Companies in exchange for $48 million in credit against past and future charges for attaching to the poles.

On Oahu, the joint ownership arrangement dates back to 1922 when Hawaiian Electric, Mutual Telephone Co. and the Honolulu Rapid Transit Co., which operated electric streetcars, decided to share maintenance expenses and reduce the number of poles lining city streets.

Hawaiian Telcom will retain its solely owned poles, as well as joint poles on Kauai that are not part of the agreement. The state and counties continue to retain joint ownership interest in utility poles with attached streetlights on Oahu and Hawaii islands. Hawaiian Electric is working with the respective governments to transfer this ownership as well to further this initiative.

In addition to the joint poles, the Hawaiian Electric Companies own 100 percent interest in 50,000 additional poles not affected by this agreement. 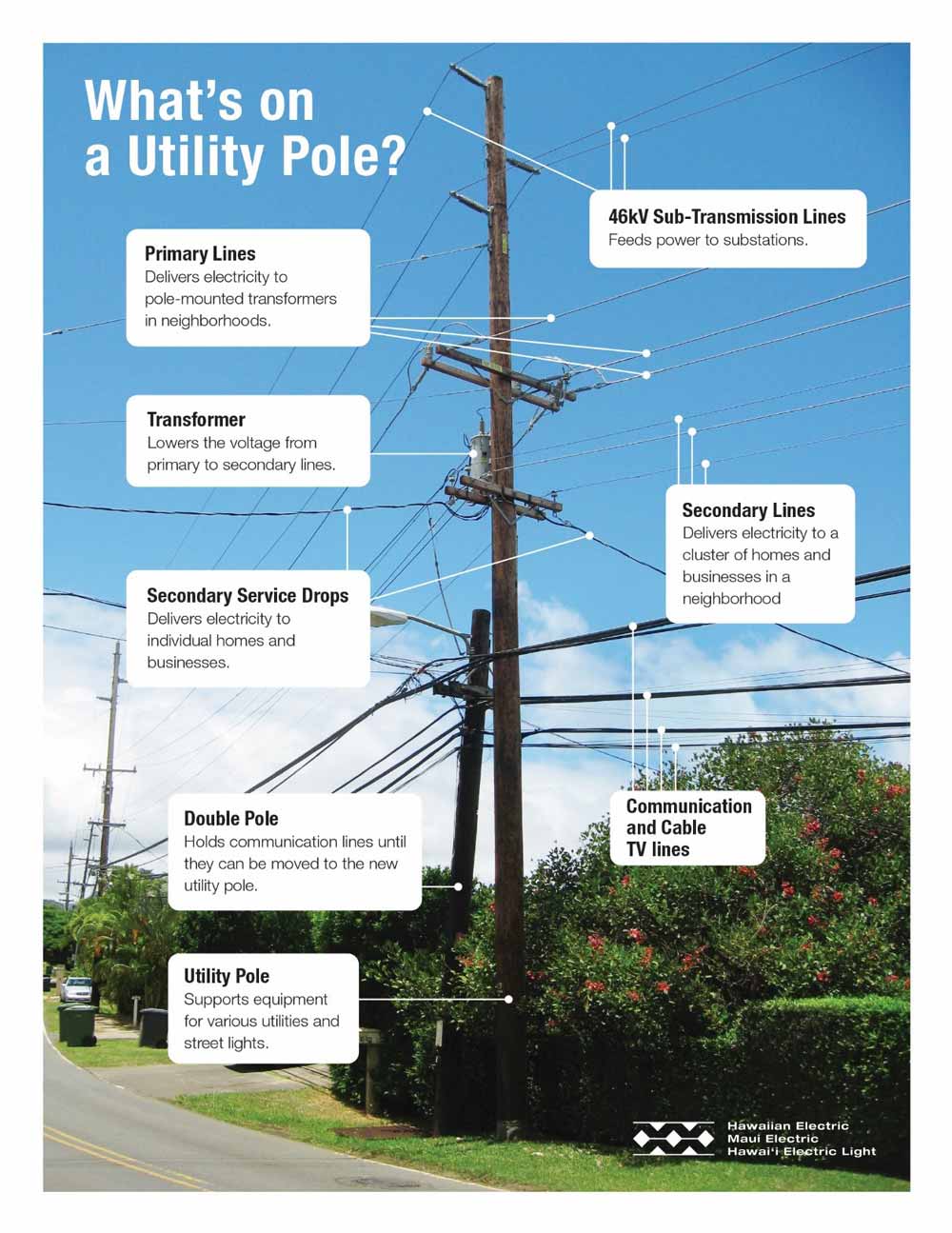