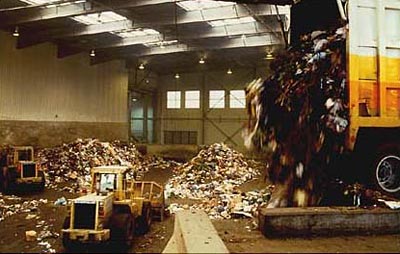 Biomass is organic matter in the form of plants, farming or forestry waste and the organic part of municipal and industrial waste.

In Hawaii, biomass for electricity has included sugar cane bagasse (the fibrous residue left after sugar is extracted), forest products and garbage. For decades sugar plantations on all islands in Hawaii burned sugar cane bagasse to create process heat and electricity for their own use and sold the excess to the utility on their island. This not only provided a high level of renewable electricity to Hawaii but helped extend the viability of the sugar industry by giving the plantations another income stream.

At some times in the past as much as half the electricity on the smaller Hawaiian Islands was supplied in this way. However, this type of biomass power declined as the sugar mills shut down.

Biomass can be used as fuel to generate heat for steam that can either be used directly as "process heat" (for example, for a commercial laundry) or to turn a turbine to produce electricity.

In biomass gasification, the biomass feedstock is converted to a fuel gas and used in a gas turbine to generate electricity.

With landfill gas, the anaerobic (i.e., lack of oxygen) decomposition of refuse creates a gas that is collected and directed to a gas turbine to produce electricity. In the past, landfill-generated methane gas provided electricity from Kailua's Kapaa Quarry on Oahu. The plant was closed after a major equipment failure.