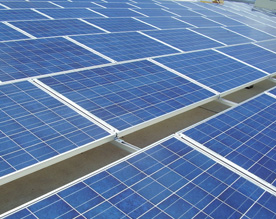 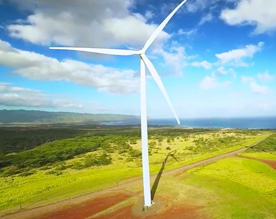 What is renewable energy?

Electricity can be generated from a variety of resources. Some are fossil fuels such as oil and coal. Over 80 percent of all the energy used in Hawaii for electricity, surface and air transportation comes from imported fossil fuels, mostly oil and some coal. Fossil fuels were formed underground over millions of years as organic material like plants and animals were compressed. Once fossil fuels are used they cannot be replaced. We call an energy source "renewable" or "sustainable" if it can be replenished -- such as biomass, biofuels or garbage -- or will never run out -- such as the sun, wind or ocean movement.

Follow these links to learn more about the status and future plans for the different types of renewable energy available in Hawaii.

Why is it Important?

Hawaii has historically depended on imported oil for most of its energy needs for many reasons. Unlike mainland states, Hawaii does not have access to fuel sources such large rivers to produce hydropower. The islands do not have indigenous oil, natural gas or coal resources. Such fuels need to be imported. Petroleum is relatively easy to transport and store; it can be easily refined to create fuel for a full spectrum of air, water and ground transportation, electricity and other uses.

Diversifying Hawaii's mix of energy sources by using more locally produced renewable energy at lower and more stable pricing to produce electricity (and for transportation when possible) is the best way to help Hawaii use less oil.

Only about one third of Hawaii's imported oil is used to make electricity. About one third goes for jet fuel and about one third goes for gasoline and diesel for ground and water transportation. Although using renewable energy will reduce Hawaii's use of oil to produce electricity, it won't eliminate the need to import crude oil or refined product to Hawaii as long as fuel is needed for ground and air transportation. This is one reason Hawaiian Electric advocates electric vehicles.