20th annual Astronaut Lacy Veach Day of Discovery, “The Stars are Calling Us,” to be held virtually on Oct. 30, 2021

HONOLULU, Oct. 20, 2021 – The 20th annual Astronaut Lacy Veach Day of Discovery – a free science-based event which honors the life and legacy of Hawaii’s second astronaut Charles Lacy Veach – will be held virtually on October 30, 2021, 12:00 p.m. Hawaii Standard Time on YouTube at http://www.spacegrant.hawaii.edu/index.php/lacy-veach-day/. The free online event is presented by the Hawaii Space Grant Consortium with the support of Hawaiian Electric, the founding and sustaining sponsor for 20 years, along with community organizations and individuals.

Astronaut Lacy Veach Day of Discovery is intended for students of all ages and parents and educators interested in science, technology, engineering and math (STEM) topics. Highlights of the virtual event include inspirational guest speakers, workshops and demonstrations that participants can do using materials available in the home. This year’s theme is “The Stars are Calling Us” which draws upon the reinvigorated interest in space exploration and discoveries.

Among the featured speakers are women in STEM careers with welcome messages by NASA Astronaut Megan McArthur from the International Space Station; Shelee Kimura, appointed the first woman to lead Hawaiian Electric as president/CEO; and Hawaiian Electric engineer Brianne Yamada, who is also the 2021 Hawaii Cherry Blossom Queen. Hawaii Governor David Ige, who proclaimed October 30, 2021 as the Astronaut Veach Day of Discovery, also will provide remarks.

Other guest presenters include Hawaii-raised women in STEM:

Hands-on STEM Workshops using materials available in the home include: 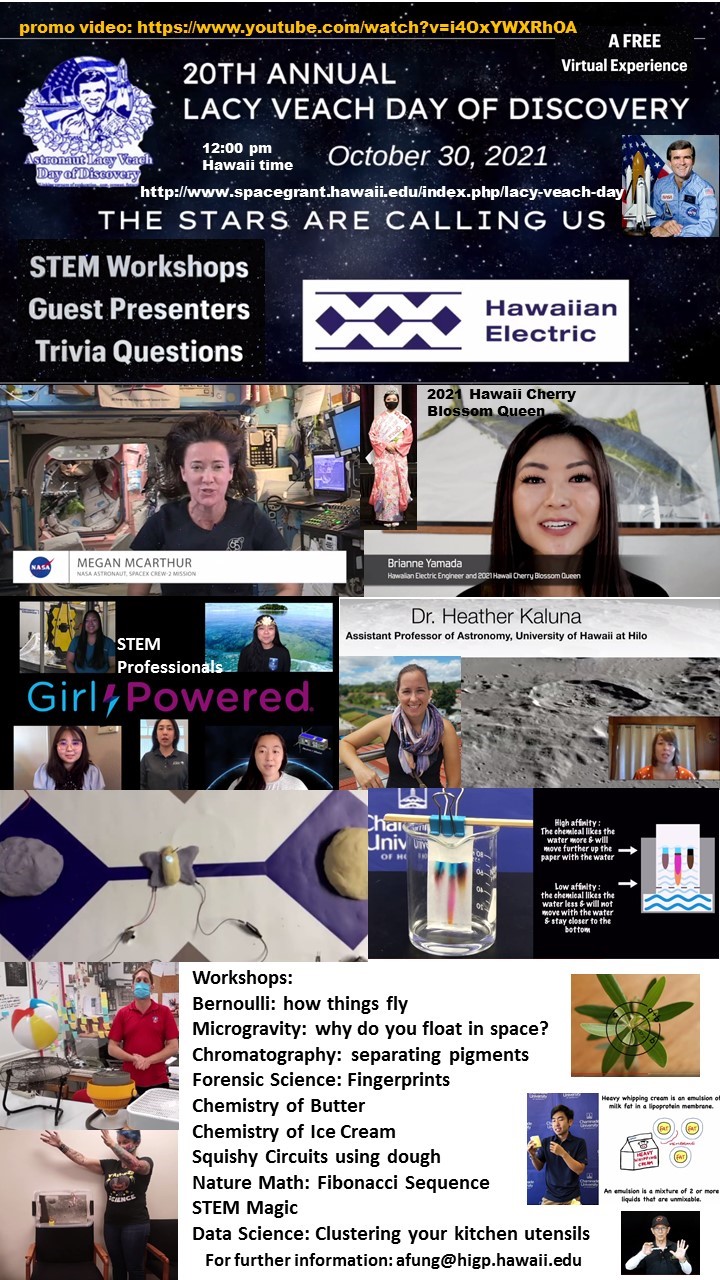